a deceased person and the formal appointment of an executor or an administrator of a deceased estate.

The Probate Registry of the Supreme Court of South Australia deals with applications for Grants of Probate or Administration and other related matters.

Assets which require a Grant of Probate to issue before the executor can deal with those assets under the will are typically real estate and a certain sum of money in the bank or other financial institution (anything more than, say, $20,000 in the bank will require probate although it will depend on the requirements of the individual bank or financial institution involved).

Thus, if the deceased has a house in Glenelg and, say, $50,000 in the Glenelg Branch of the Commonwealth Bank then the executor named in the will would need to apply for Probate of that will in the Probate Registry of South Australia in order to deal with these assets.

But what if the deceased died outside South Australia, let’s say in New South Wales or Victoria, or perhaps even in the United Kingdom or New Zealand, and in addition to assets in any of those jurisdictions, also held assets in South Australia, such as that house in Glenelg?

Assuming the executor has obtained a Grant of Probate in the other jurisdiction, how does the executor deal with assets that are situated in South Australia?

With people increasingly working and living in different jurisdictions, and having assets in various locations, this sort of problem is likely to be more prevalent in the future, and we’re not just talking about the super rich and famous, either.

Application for a re-seal of the Grant of Probate

If a deceased person died, let’s say in Sydney, and in addition to having assets in Sydney had an asset or assets in South Australia, then the executor would be well advised to first apply for a Grant of Probate in New South Wales.

Most jurisdictions in the world which are based on the common law, derived from the centuries-old English legal system, have reciprocal arrangements so that it is possible for a Grant of Probate to be issued in the “home” jurisdiction (eg another Australian State such as New South Wales or Victoria, or the United Kingdom, or New Zealand etc) to then be re-sealed in another, “foreign” jurisdiction (ie South Australia), where the deceased may have held assets.

Don’t try this at home

Unfortunately, obtaining a Grant of Probate in any jurisdiction is an extremely tricky and painstaking (some say tedious!) process best left to the experts, being lawyers with expertise and experience in the relevant jurisdiction.

So if the deceased died in Sydney having assets there requiring a Grant of Probate, you as the executor of the estate should approach a Sydney Probate lawyer to obtain Probate in the Supreme Court of New South Wales.

If the New South Wales Probate is required to be re-sealed in South Australia because the deceased had assets in this jurisdiction, then we respectfully suggest that you should approach Di Rosa Lawyers.

We are familiar with the workings and nuances of Section 17 of the Administration and Probate Act 1919 and Rule 50 of the South Australian Probate Rules which deal with application for re-seals of “foreign” grants.

Try making sense of these provisions yourself as a layperson!

How do we apply for a re-seal in South Australia?

Applications for re-seal in South Australia are usually made by us on your behalf as the executor or can be done through your attorney acting under a power of attorney or your lawyer in the home jurisdiction.

The application must be accompanied among other things by:

Applications for re-seal can be very difficult depending on the nature of the “home” jurisdiction.

If you have a “foreign” Probate, and we have experience with many Grants throughout the Commonwealth, then we can apply for a re-seal in South Australia if indeed there are relevant assets located in our jurisdiction.

If you’re an executor and have an issue with estate assets whether in or outside South Australia, especially where an application for re-seal is required, call us for advice on 08 8276 7955  or email us your query at admin@dirosalawyers.com.au.

This blog is published by Di Rosa Lawyers for informational purposes only and is not considered legal advice on any subject matter. By reading and re-publishing the blog, you acknowledge that there is no solicitor-client relationship between you and Di Rosa Lawyers. This blog should not be used as a substitute for legal advice from a legal practitioner who specialises in the area and you are urged to consult us or seek your own independent legal advice on any specific issue or matter. 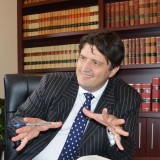